Like most of the female population in the Philippines, my mom became hooked with the Korean Wave from the early 2000s up to the present.  She would stay up all night, teary-eyed with heavy eye bags and all, and watch countless VCDs until she finished an entire series.  Then it was on to the next one and this would continue for a while.  She got so engrossed in Koreanovelas that she would discuss the latest dramas and swap CDs with her "fellow" K-wave addicts,  it even got to a point where she was watching some without subtitles!

Her all-time favorite Korean drama is Endless Love 2: Winter Sonata.  She would always tell me that if she ever got to Korea, she'd want to visit the places where they shot the most memorable scenes of the series.  That place is Nami Island, located in Chuncheon about 2 hours away from Seoul.  This is her main motivation in going to Korea, and as our time in the country was nearing an end, I had to make sure to get her there.

On our fourth day we decided to have a little fun, bring out the kids in us.  One of the best places to do that would be in an amusement park, and we were going to the biggest indoor theme park in the world, meet Lotte World.  Conveniently located in downtown Seoul, Lotte World is an all-in-one entertainment complex which boasts of  an indoor theme park, an outdoor theme park, a shopping center, a hotel and a museum.

It is one of the two famous amusement parks in Korea (the other being Everland) flocked by locals and tourists.  Make sure to arrange your visit on a weekday and check out if there is a school break or national holiday to avoid the dreaded long lines. We arrived early and purchased the adult ticket for 40,000 won each.  It includes free admission to all the facilities and unlimited access to all the rides.  There are discounted tickets available for children and for admissions after 4 pm.  Also, do check out the KTO website for occasional discount coupons.  During our visit we were able to avail of a 20% discount coupon from the KTO website.

Another lazy start saw us begin the day with early lunch.  We ate at Yoogane, a famous restaurant chain which specializes in dak (chicken) galbi.  We ordered their Marinated Chicken Galbi Fried Rice and it was something.  Each table had a frying pan in the middle where servers mix, flatten and flavor your chosen dish to perfection. Our fried rice tasted sweet and a whole lot spicy.  Thank goodness they give a pitcher of water on every table, and even that wasn't enough!  Aside from the the taste, Korean fried rice is different from Chinese or Japanese fried rice in that it isn't as dry as Chinese but isn't too sticky like Japanese.  Overall I enjoyed eating at Yoogane, it's a solid choice for a meal in the city, it was good different.

Yoogane has many branches in Seoul, it even has one in the Philippines.  We ate at the Myeongdong branch.  To get there, take the subway to Myeongdong station and head out to exit 8.  Walk for 5 minutes along Myeongdong-10 gil, Yoogane is on the left side near the GS 25 convenience store.

After a hectic introduction to Seoul yesterday, our day started late and we began with buffet brunch at Todai Restaurant.  Located at the top floor of Noon Square, Todai is a an international buffet chain serving mostly seafood.  The spread was a bit limited for my liking with a heavy concentration of fresh seafood, a few Korean dishes, a Japanese station, an Italian station, a pastries station and a dessert station.  For drinks, there were sodas, fruit juice and beers.  What Todai lacked in quantity though, was made up in quality dishes and rare buffet offerings like snow crab legs.  The food was delicious and a fine way to start the morning.  My father especially liked the fresh oysters and sashimi.

The lunch buffet costs around 40,000 won each.  For the price, Todai is a good restaurant to try unusual dishes that are hotel quality.  I just wish they had more offerings as the selection empties out quickly and you'll soon find yourself eating the same stuff over again.

Todai Restauarant is located at the top floor of Noon Square.  To get here, take the subway to Euljiro 1-ga station exit 6.  Walk along Namdaemun-ro for 5 minutes, Noon Square is on your left and opposite Lotte Young Plaza. 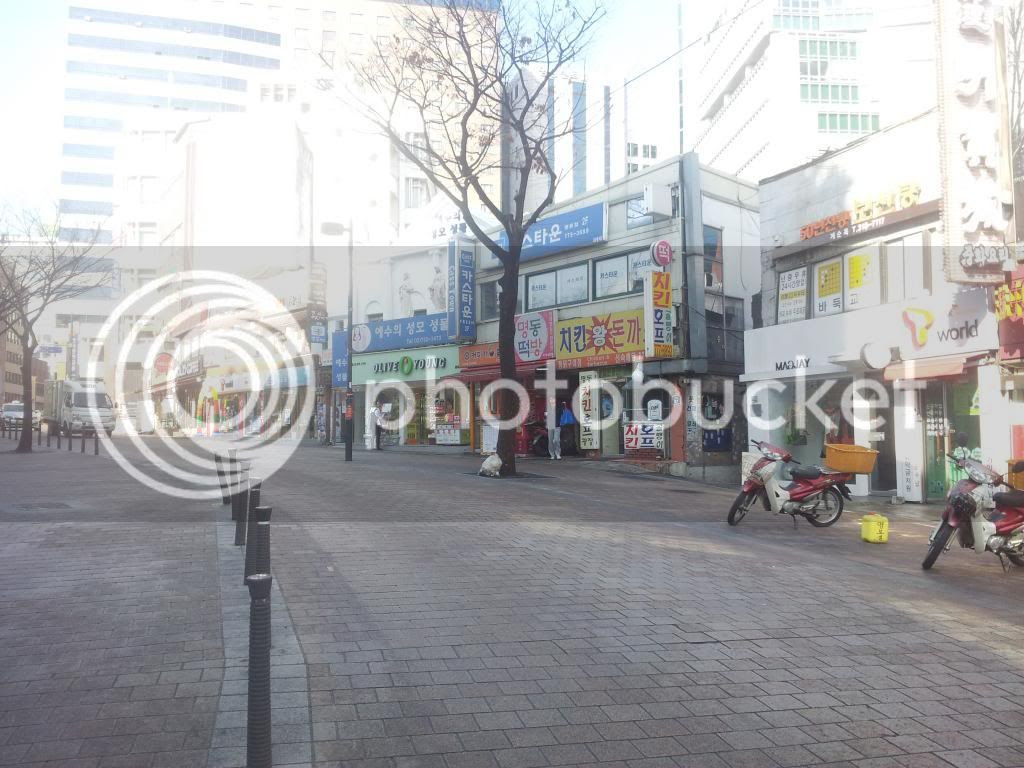 
Kimchi. K-Pop. Koreanovelas.  Korean War.  These 4 K's were pretty much all I knew about Korea prior to my visit.  Kimchi is the Korean staple food found in Korean restaurants everywhere.  Who doesn't know the names Psy, Rain, Girls Generation and Bae Yong Jun?  They are some of the products of Korean media that are fast gaining an international fanbase.  Then there's the never ending tension between North and South Korea, an almost monthly headline at CNN.

On the travel scene, Korea has been in the shadows of other Asian countries and probably won't make it to the top of the list of must visits in the continent.  I wanted to know if there was more to Korea than the 4 K's and if I could find a legitimate travel reason  for visiting.  Fast forward to the next piso fare,  and soon, I was about to get answers as I got to explore Korea's capital and surrounding areas for almost a week.

Seoul is one of the major league cities in Asia and although it hasn't been as widely covered like neighbors Tokyo or Beijing, it has been steadily on the rise and fast gaining serious tourist attention.  Seoul has been one of those lesser known travel cities just waiting for everyone to unveil her secrets. The city packs quite a punch offering many things like a tour of the 5 grand palaces, endless shopping in Myeongdong and Dongdaemun, burning hot Korean cuisine, the world's fastest internet and of course, meeting the Koreans themselves who are fashion conscious yet deeply rooted in tradition, who proudly welcome guests to their city and have been a huge influence on the world's social culture.  I come to Seoul searching for the familiar, not really knowing what to expect but open for everything she throws my way.

Despite lack of sleep due to tiny, four-legged uninvited visitors, my adrenaline kept me full of energy for the early morning tour.  We left the inn around 5:30 am and were taken back to Topside where the Eternal Flame was located to witness sunrise.  Perched on the highest point of the island, the views of Bataan and the bay were amazing.  It was a windy morning, and the sun hadn’t shown itself yet.  Sadly, when the sun started to come out, our views were either obstructed by dark clouds or covered by the surrounding greens.  Nevertheless, a peaceful morning with such beautiful scenery is always a good start to a day.

Corregidor: Remnants of War & An Island of Peace


"Take a look at what Iraq would look like in the future..." said VG the tour guide.  I remember this line well; I was here 10 years ago right at the time the Iraq War was starting.  Still a kid then, I had forgotten most of what I'd seen in Corregidor but I did vaguely remember a few things like the ruined barracks, the Japanese cemetery, an old tunnel and the eerie feel I got when it got dark.

Enter the present and my travel addiction has never been stronger and I've been on the prowl for nearby weekend destinations to quench my thirst for adventure.  With it's proximity to Manila, Corregidor became one of my destinations, but I wanted to fully explore the island without restrictions, a short day tour just wouldn't suffice.  The problem was, only Sun Cruises offered overnight packages to Corregidor and the prices were steep.  Luckily, they released a promo through Deal Grocer and I wasted no time in getting my tickets!